Roku is a favorite platform for streaming media from services such as Hulu and Netflix, but that’s not all this device is capable off. The platform also boasts an expansive channel library, which includes classic arcade games, app for games and new games in literally any genre. The Roku gaming experience may not be the same as other video game consoles, but still makes the cut, and bets of all even the best games in Roku cost no more than a few bucks each.

There are two ways to play games on Roku – first you can play games on Roku’s official site and second you a mirror your Android device and play any games on the streaming stick. That said, here are 14 best games you can access from the Roku Channel Store.

Retaliate is similar to Space Invaders – an arcade style game, where the remote is used to control actions such as firing, shield and movement. At the launch of the game, players only have a shield to work with and no ammunition, where the latter can be activated with the down arrow. Once the shield is triggered, you will be able to shield yourself from the bombs dropping from above, consequently gaining ammo and destroying the alien ships.

But the trick here is not to hand on to the shield for an extended period, as the longer you cling onto it, the more power it will lose. After you’ve collected a large amount of ammunition, you can use it by pressing the top arrow to fire back at the ships. Retaliate has a total of four skill levels – Easy, Normal, Hard, Extreme, and the top 10 scores from each level of difficulty are displayed at the end of the game. 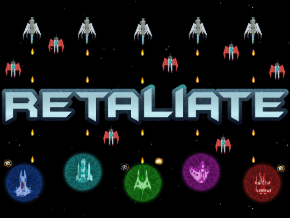 Snake is an extremely popular classic DOS game, which has been updated for the Roku gaming system. Gameplay is pretty straightforward, and entails consuming pellets in order to increase the size of the snake. The arrow keys on the controller can be used to control the movements in different directions, but you need to do this with caution and attention to avoid running into yourself. With every pellet consumed, you gain more links, and the game ends when you run into the border or yourself as mentioned earlier.

This game offers myriad gaming modes – slow, medium, fast, and myriad themes, which when activated allow you to change the presentation of the objects in the game and switch colors among others. You also get two game options to choose from – Open Snake, where the snake has the freedom to move along the far side of the screen and Classic Snake, where you basically have to prevent clashing into the borders. 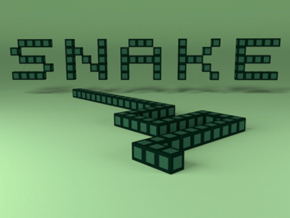 If you love poker, but just don’t have the time to hit the slots, Video Poker for Roku is perhaps a great way to experience the excitement right in the comfort of your home. With Video Poker, you can indulge in four games – Joker Poker, Double Double Bonus Poker, Jacks or Better, Double Joker Poker, where each game begins with $100 and a $1.25 bet for each hand you play.

This game is easy and fun to play, where you simply press the OK button to hold a card and select the ones you want, and press the down arrow to deal new cards. One of the other noteworthy features of Roku Video Poker is its two play modes – Normal Mode, which is geared towards amateurs and those getting their feet wet with the game, and Tournament mode for seasoned and serious players.

Yes, you heard that right! America’s favorite quiz show is now available on your Roku, and it offers tons of excitement to say the least. Gameplay of the game is similar to what you’d experience on the live TV show such as three rounds of play – Jeopardy, Double Jeopardy and Final Jeopardy, six questions with five categories each, globally recognized Think theme song, and the Daily Double.

Currently this game is supported at this point for HD displays only, and of you have one, you can access over a whopping 2700 clues from jeopardy! Furthermore, this game can be played in one of two modes – Solo mode and Game mode, where the former sets you up against two other players and latter you play alone. Along the game, you can access detailed help screens in case you need them, and get a chance to compete against virtual, game generated players. 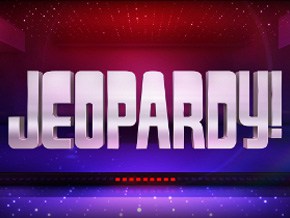 First released in November 2011, Candy Bear is great game for young and old and everyone in between. The game has witnessed several improvements since its inception, such as new levels added including an impressive twenty new levels. If you’ve played Candy Bear, one thing you will notice that remains unchanged is the gameplay, which entails dodging the bunnies, collecting the candy, locating the door and then moving on to the next level.

This may sound quite easy, but it can get a bit challenging because the number of bunnies increases as you move on to higher levels. Adding to this, you may also have to climb ladders, melt holes or travel across moving platforms. One of the notable features of this game is that it allows you to stay competitive by keeping track of scores of other players, so you can step it up a few notches.

Have you ever wanted to play the epic game from the 80’s – Simon? Well its here, and this classic memory game is now available to play on your Roku. Of course, just like most new games, Brain Puck also comes with a slew of improvements such as such as the colored buttons that have now been replaced with directional arrows on the Roku controller.

But for the most part, gameplay remains unchanged, where the four buttons on the controller light up with a matching music note, after which the player has to start pressing the arrows in the same order. When the game starts, it is just one arrow, but as it progresses as you mimic the Roku, more arrows are added in random order. 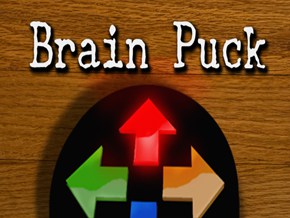 Developed by the Stegman Company LLC, Tic Tac Toe is the same game you’ve all grown to love – you know the one where two players take turns placing an O or an X in random order in a 3 x 3 size grid. Even though this game supports two players, players will have to pass controllers back and forth, because only one remote is supported at one time.

One of the other great features of Tic Tac Toe for Roku is that players can choose from four different backgrounds, but on the flipside, there are no major improvements over the paper and pencil version of the game. This game is ideal for all ages, and is bound to keep you entertained for hours on end. 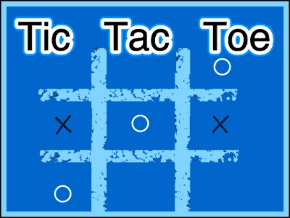 Originally developed for the iPad, Shut the Box! is now available for Roku, and is claimed to be a game that requires sheer skills, brains and chance. Gameplay entails rolling one or two dice, and then turning the numbered tiles to try and match the numbers on the dice. This game offers three scoring options – Golf, where the tiles that are leftover are added together, Missionary, where the number of remaining tiles is counted and Digital, where the number of tiles that are remaining are read as digits.

One thing common between all three scoring options is that the lower the score the better it is. Starting the game can be done in several ways, where each requires a different number of tiles to be selected. Players can choose between nine and twelve tiles to start with, and the objective of the game is to have less tiles that aren’t flipped at the end. When there are no tile combinations remaining, that can total the dice total, the game ends there. 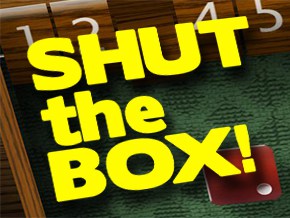 Originally released as a smartphone app, but now available for the Roku, Muffin Knight relays the story of a little boy who tried to eat an old fairy’s muffins. When he was just about to eat, the basket surprisingly blew up, consequently scattering the muffins all across the area. In response to the little boys unaccepted actions, the fairy turned him into a Knight, who has now been tasked with getting back the muffins, so that he can be transformed back into a boy.

But the long journey that he has to take is a dangerous one to say the least, filled with battling evil creatures along the way among others. With regards to gameplay, its quite simple, and for the most part entails going back and forth and gathering the muffins as they appear. Players accumulate points as they collect the muffins, and even a chance to unlock new characters that have myriad different superpowers that can help battle the enemy. 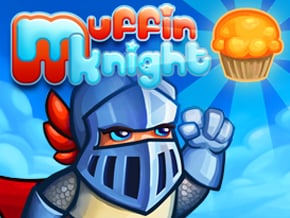 Who doesn’t love Pac-Man, and yes you can have almost the same classic gaming experience on your Roku. This Roku game rings in with an array of slick new graphics and a plethora of features including unique dot patterns, bigger scrolling mazes and longer lasting ghost chomping combos.

Developed by BANDAI NAMCO Entertainment America Inc, Pac-Man Championship Edition just like the original version entails navigating Pac-Man through a maze, where along the journey he eats power pellets, dots and bonus items such as keys, fruits and other items, all while avoiding the ghosts that are roaming in the maze. 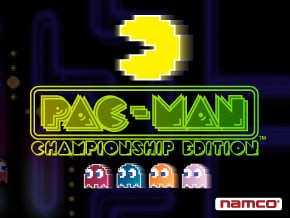 Created in the early 1980’s, Galaga is today billed as one of the most popular games of all time, and you can now play it on your Roku. The mission of this retro shooter game is to get rid of the invading group of insects as they try and take over your ship, and get rid of you through adverse means. The game is highlighted by a few motherships that are equipped with a tractor beam that are missioned to capture your ship.

However, if you shoot them down instead, you get twice the amount of firepower, but you need to do this with caution wherein not target your fighter. This game is complete with 250 levels, and you also get to take on several challenges that will help you gain points as much as 10,000 additional points. As you gain more points, the speed of the game increases, which increases the difficulty level of the game. 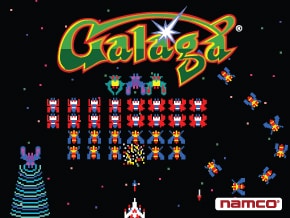 As you might’ve guessed, Minesweeper is a classic single player puzzle game that used to be available as standard software in some of the earlier versions of the Windows operating system. The version available for the Roku comes with a wide range of new features such as the ability to keep tabs of scores of multiple players. The main objective of the game is to all the squares without bombs, but without revealing a single bomb. 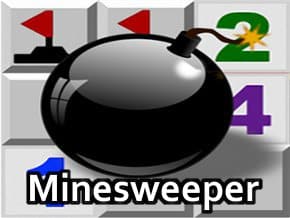 Mazes, developed by Greenwood Software is a game that’s designed to test your solving abilities. One of the biggest highlights of the game is that it comes with an unlimited arrangement of mazes, where players control the cursor by pressing the arrow buttons to move up, down, left and right. To exit the screen, you can press the back, rewind or replay buttons, and you can adjust the level of difficulty by heading to the settings screen. 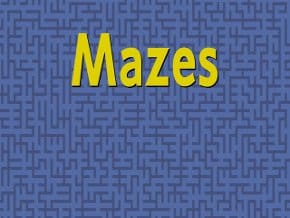 Developed by Unity, Downhill bowling 2 is an arcade style game, for which you will need a Roku and a gaming remote. Playing the game is easy, where you simply tilt the remote right and left to steer a bowling ball through the course. As you move along, you will collect coins and gems while trying to avoid things such as rocks and water.

Developed by GameResort, Downhill Bowling 2 is an action packed and intense bowling game that will have you running up ramps, racing down slopes, and blasting through pins. It is easy to play for all ages, where you can use the A and B buttons to avoid obstacles, and collect more items, which you can use to unlock more levels. 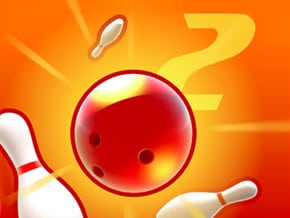