Alexa apparently has more great uses apart from running your smartphone, providing reminders, scheduling, telling you whose turn it is to do the dishes and helping you decide what to do for the day. This device’s third party skills also make it the life of a party with Easter eggs and corny jokes and parlor tricks.
Speaking of which, games are just a small part of the total 70,000+ skills Alexa offers, and most don’t require a screen to play them, because they were developed when only the Echo and Dot were in existence.

However, some of the latest releases now come with added features, which can require the new Echo buttons for a more competitive gaming experience. Even though these games probably won’t replace your stack of boardgames, they can help kids get of the couch or help you kill 10 or 20 minutes. That said, here are 14 of the best Alexa Games available to play on your smart speaker.

This is one of the best choose your own adventure type game available on Alexa, and all you have to do to play it is say “Alexa, open The Magic Door- affiliate link”. After which, the smart speaker will walk you through several stories and even describe the scene for you.

Each of the nine stories of the game unfolds based on the choices you make, and include helping a gnome find a key or a princess find her crown. This is a great game for beginners, and to start with Alexa will ask you what you want to explore – sea, mountains or forest. 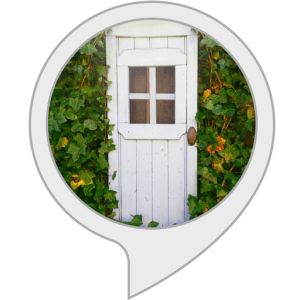 The stories in Earplay- affiliate link are mostly influenced by your choices, where in the demo a lady is seated at your table in a restaurant and asks you to pretend you are acquainted with her. Every choice you make has consequences, starting from rummaging through her purse to playing along with her tricks.

This game is inspired by the days when radio stories were a great form of entertainment, so you can expect an interactive twist with each story in the game. For example, Codename Cygnus is a secret agent story that allows you to serve as a secret agent trying to accomplish your mission. 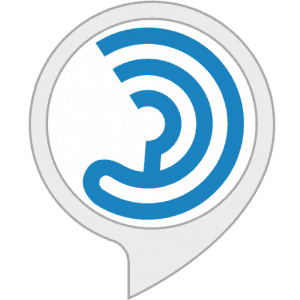 When you voice is recognized, Alexa will let you know the cards you have and even let you know about the card it is showing. You can say “hit” until the time you think you have a hand that can beat the dealer, after which you can tell the device that you wish to “stand”. If you go over 21, you will lose just like the real life game.

This is another choose your adventure type game, where your mission is to investigate the death of Bruce Wayne’s parents – Thomas and Martha Wayne. The story opens shortly after their murder, and you play the role of a Gotham detected on the case. The clues that you get throughout the game will dictate the course of your investigation.

You need to make the right choices, as they affect your ability to solve the mystery. Some mistakes can be fixed, while others are irrevocable. You can start the game by saying “Alexa, open The Wayne Investigation- affiliate link”, and then follow the instructions. 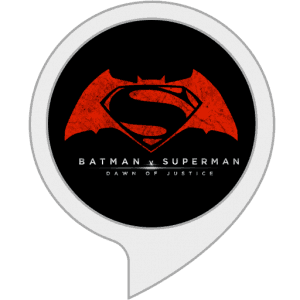 Would You Rather- affiliate link is a versatile game that you can play on your own, with a friend or at a party. It is an extremely popular Alexa game that prompts you to decide between two choices that are either thought provoking, saucy or silly.

To launch the game, say “Alexa, launch Would You Rather.” You will find that some questions in the game are easy to answer than others while others may surprise you. There’s even a kids version of the game available – a PG version called Would You rather For Family that is suitable for anyone who can make choices.

Would You Rather?- affiliate link 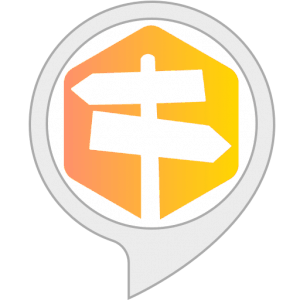 Deal or No Deal- affiliate link as you might’ve guessed is an unofficial take of the similarly names game show. There are 20 cases in this game, which are filled with money (not real money) ranging from 0.01 to a million dollars. Your goal is to choose one of the cases, and hope that it has the highest amount of money possible.

After you open several cases, the round will come to an end, and the banker will make you an offer based on the values of money left in the remaining cases. You can then decide whether you want to take the deal or not, where taking it reveals the amount of money in the original case you chose.

Deal Or No Deal- affiliate link 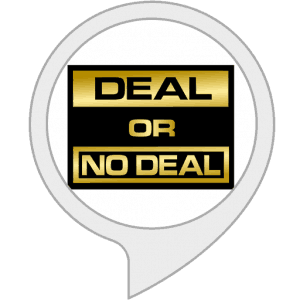 If you’re a Big Foot Enthusiast, you will love this game available on Alexa. It is similar to Memory Match, where you will need to use both your memory and visualization to track down an abominable snowman. To start the game, you say “Alexa, launch the yeti Hunt game”, and you can even ask the device how to play it, and it will relay some straightforward directions.

In the game, you will be navigating a hunter around obstacles in his quest to hunt Yeti. Hunt the Yeti- affiliate link is set in a cave, which is basically a five by five grid and is where he might run into large bats who will pick him up and set him in a random place in the cave or drop him to his death in a pit. 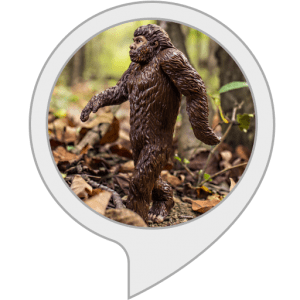 8. Who Wants to Be a Millionaire

This is an unofficial version of the popular game show Who Wants to Be a Millionaire- affiliate link, and is brought to you by the same team that created Alexa’s Jeopardy game. While there’s no money on the table, you do get a chance to answer 15 questions seven days a week. Answering these questions correctly will help you to rake in the points and climb nationwide rankings.

And just like the original game, you do get three lifelines to use – 50/50, which takes away two of the four possible answers, ask the audience but since there’s no real audience present, it will ask social media and phone a friend. The game features the current TV host Chris Harrison, and gives you a chance to win up to million dollars if you answer all the questions correctly.

Who Wants to Be a Millionaire- affiliate link 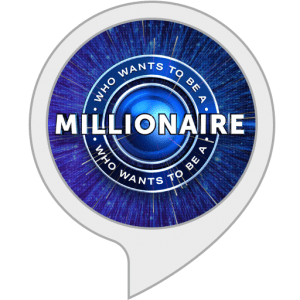 9. The Price It Right

The Price It Right- affiliate link is a great game for smart shoppers, and allows you to put your spending skills to the test. To launch the game, you say “Alexa, start Price It Right” and it will start quizzing you about the cost of popular products.

With regards to products, all of them come from Amazon, and you can even challenge your friends, family or an opponent located anywhere in the world to guess the price of the items. The player with the most accurate guesses wins the game. 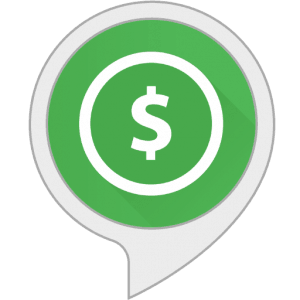 This timeless classic game can be played on your Alexa smart speaker, but you will need Bingo- affiliate link cards to play. If you don’t have the cards handy, you can head to lovemyecho.com and click on the Skills link to download a free PDF with the cards and instructions.

To start the game, you say “Alexa, open Bingo”, and you can view each number called by the device within the Alexa app. During the course of the game, you can advance by saying “next” or “call the next number”, and the game ends when you say “Bingo.” You can play one or more rounds, and simply say “game over’ to end the game.

This is a classic game offers a great deal of fun, and you can launch the game and challenge an opponent by saying “Alexa, open Lizard Spock.” Rock Paper Scissors Lizard Spock- affiliate link was invented by Sam Kass and Karen Bryla, this game also works with the Echo Show, where you can set it up to display your currency score or images of your match.

You can either compete with people around the globe or with Alexa, and you get the chance to prove you’re the best player every month. Alexa will even guide you through the steps if it’s the first time you’re competing globally. You can even check your score during the competition, and you’ll be able to see the top 10 players in your Alexa app. 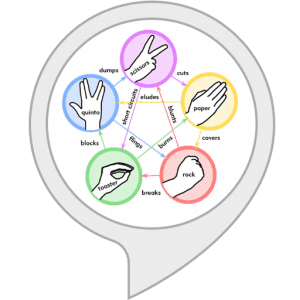 Movie Challenge- affiliate link is the perfect game for movie buffs, and is designed as a quiz game that serves up voice snippets from real movies. Once the clips are played, Alexa will ask you to identify each one, so if you hear “I’ll be back”, your answer should be “The Terminator.”

While some of the audio snippets are easy to guess, others may be challenging unless you’re a movie expert. To start playing the game, you say “Alexa, open movie challenge.” You can play solo or in teams, and there are literally hundreds of movie quotes to choose from. 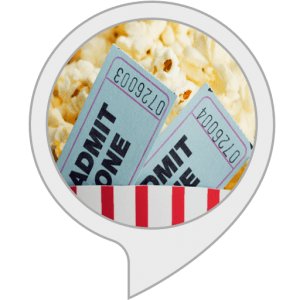 Twenty Questions- affiliate link allows you to choose from five options – vegetable, animal, mineral, music or abstract. You can start the game by asking Alexa to “play Twenty Questions”, but instead of testing your skills, you’re actually the one challenging the device.

Once you think of something from the five concepts and follow the prompts, the smart speaker will ask you questions that you need to answer by saying yes, no, probably, etc. it is normal for the device to ask you strange questions, which you can skip by simply saying no. If the device guesses what you’re thinking correctly in the twenty questions, Alexa wins. 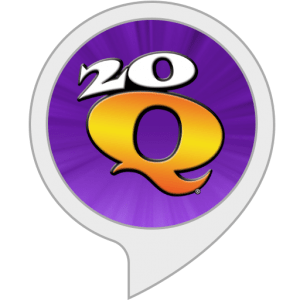 The world today is plagued by fake news and misinformation, and the Fake News Game- affiliate link allows you to distinguish between facts and fiction. To start the game, you say “Alexa, open Fake News Game”, and then you or up to 20 of your mates in multiplayer mode can determine whether a piece of news is fake or not.

Examples of questions in the game are was a robot given citizenship in Saudi Arabia or did a woman get pregnant by eating calamari. If you feel that you know the answers to this type of questions, then this game is right for you, but do remember that the truth is sometimes as strange as the fiction. 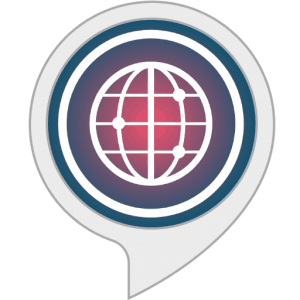